This week’s Economist has an article on Property in Sweden

Home is where the heartache is

It’s mainly rather tedious technical stuff about “macropru” and what can be done with financial policy about this: 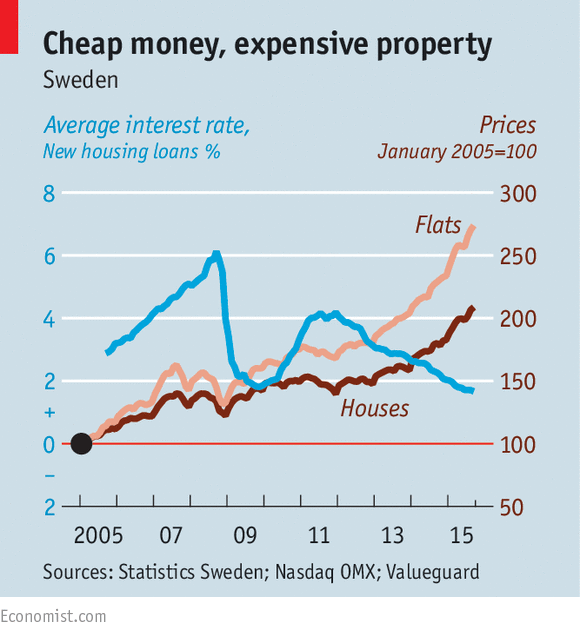 It concludes with the following lament:

“Ideally, I’d like to have something in my toolkit with which I could influence the housing market and nothing else,” says Henrik Braconier of the [Finansinspektionen], “but up to now I have not found it.”

even though from the preceding paragraph we learn that

The tax code is in the hands of politicians, as are the planning and rent-control regimes that impede the construction of new homes.

It’s probably unfair to accuse this individual of cognitive dissonance, but as a society, Sweden seems to have an even worse case of supply and demand denialism than we do here.

At less than a tenth of the population density as the UK, it’s not exactly full, although I can well imagine there are Swedes who say so.