Britain is heading for another 2008 crash: here’s why

The argument, in brief, is that because of the accounting identity that aggregated debt is zero, (because debt has to be owed to someone), 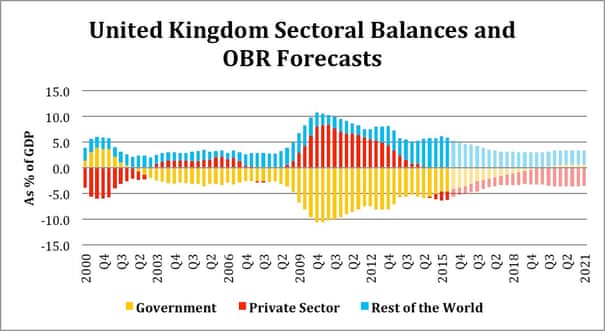 reducing government debt leads to increasing private sector debt, and that because this, as forecast by the OBR, is projected to reach the level it hit in 2008, 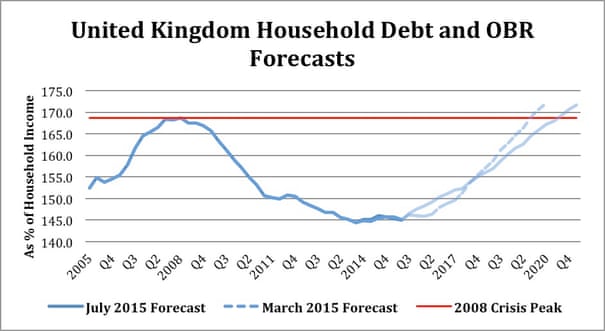 then Britain is headed for another crash.

There’s so much wrong with this argument it’s hard to know where to start, but here are a couple of possibilities

The writer, David Graeber, is by training an anthropologist, which since the publication of Gillian Tett’s ‘Fool’s Gold’ can be no disqualification for writing about the world of finance, but it would have helped if he had brought some of his professional perspective to the argument.  Instead, he uses economic arguments which are just … embarrassing.  As a matter of principle, he should have put in a link to the OBR report from which he took his graph – here it is

where there is plenty of evidence that professional economists are not complete fools.